20th century economics (and 20th century marketing) presented humans as walking calculators (sometimes called “econs”), looking logically for the lowest price and the highest return on their money. In business, especially since the 1960s, we’ve been urged to “do the numbers” in order to make good business decisions.

Making business decisions about a particular project has traditionally been done by accountants, based purely on “the numbers”. But there’s much more to good business than the numbers on a P&L or a Balance Sheet.

Any 21st century marketer worth their paycheck knows that human behaviour is largely emotionally based – and automatic. We often use our “rational faculties” to create “rational-lies” that justify the reasons why we avoided doing something that felt “hard” or “risky”.

The myth of “rational business” is just that – a myth. As one environmental officer said to me years ago “They made me do a rigorous cost-benefit of the value of a cogeneration plant in our new building. It was a no-brainer with a payback under 2 years – and I still didn’t get it. But no one did a cost-benefit of the marble staircase in the foyer or the new boardroom furniture”.

Making decisions “on the numbers” can sometimes be deeply flawed – because there’s much more to business than the numbers used to calculate the payback period of a project.

The more unusual a project is, the more effort it requires in behaviour change, the higher the chances of reputational damage, the less likely it is to get actioned – even with a sub-two year payback period.

Decision-making in the round

Sustainability leaders Interface made a big decision back in 1996 – to power one of their carpet factories using solar power. When they did the narrow, accounting “numbers” the payback period was a dismal 35 years. (Confessions of a Radical Industrialist, pp 96-98)

But Interface explored more broadly. They talked to their sales team and their customers about the potential demand, the possible price and the market value of being a global leader. This process of decision-making in the round turned an accounting-only red light into a bright business green light. It gave birth to a whole new range of Solar-Made ™ carpet.

And when customer representatives came to the factory and stood under the PV array, the Interface demonstration of real, on-the-ground commitment to sustainability put them head and shoulders above their competitors.

So be VERY careful about assuming “green is too expensive” – or accepting a narrow projection of pay-back period. You might be limiting your opportunities more than you know.

There’s a wealth of ideas, examples and next steps available when you subscribe to the Deep Green Profit Insights. Register today to open your tool box of regenerative business Innovation. 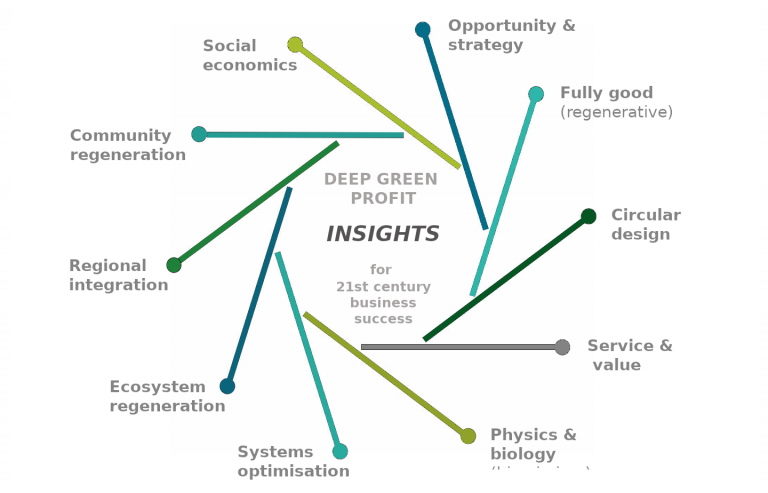 If you ONLY look at “taking care your host ecosystems and communities” as a costly obligation, you could be missing out on a wealth of business opportunity.

Making something “less bad” doesn’t necessarily make it good. It can divert your attention from “good” and to over-invest in “improvements” instead of “redesign”. 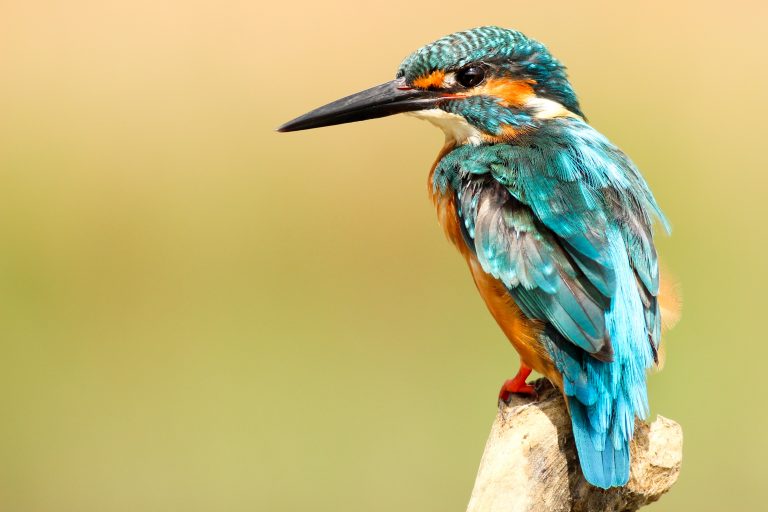 Most of our industrial process mindsets are based in the soap factories and foundries of the Industrial Revolution. But there’s a new revolution quietly under way.